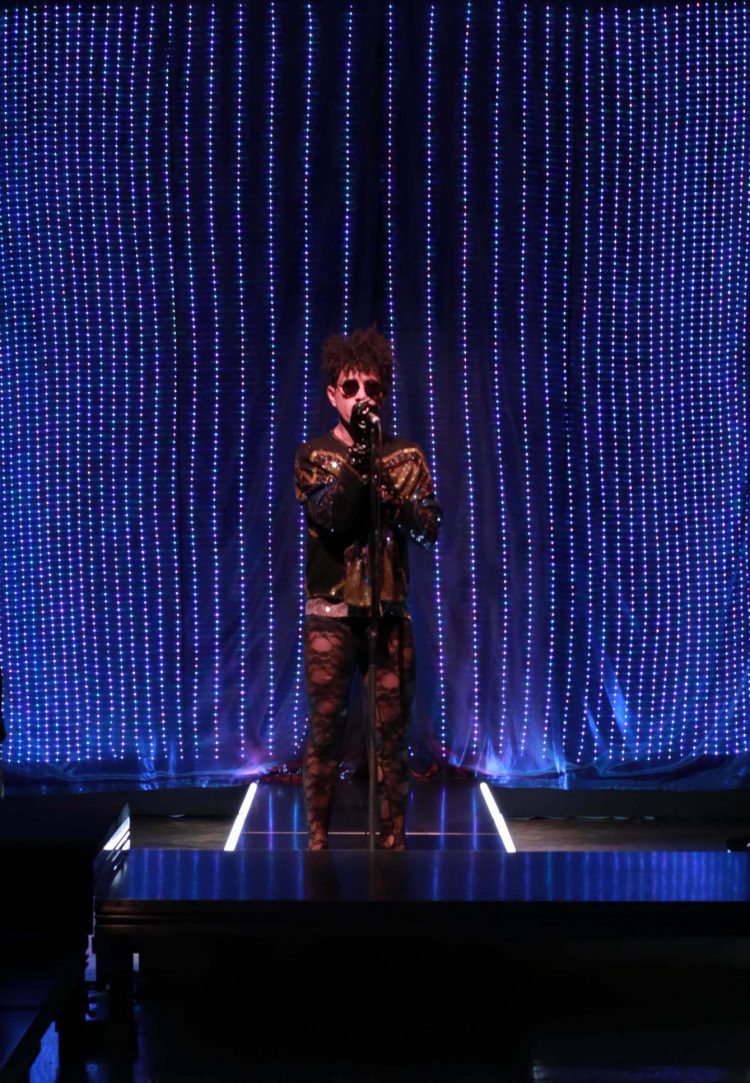 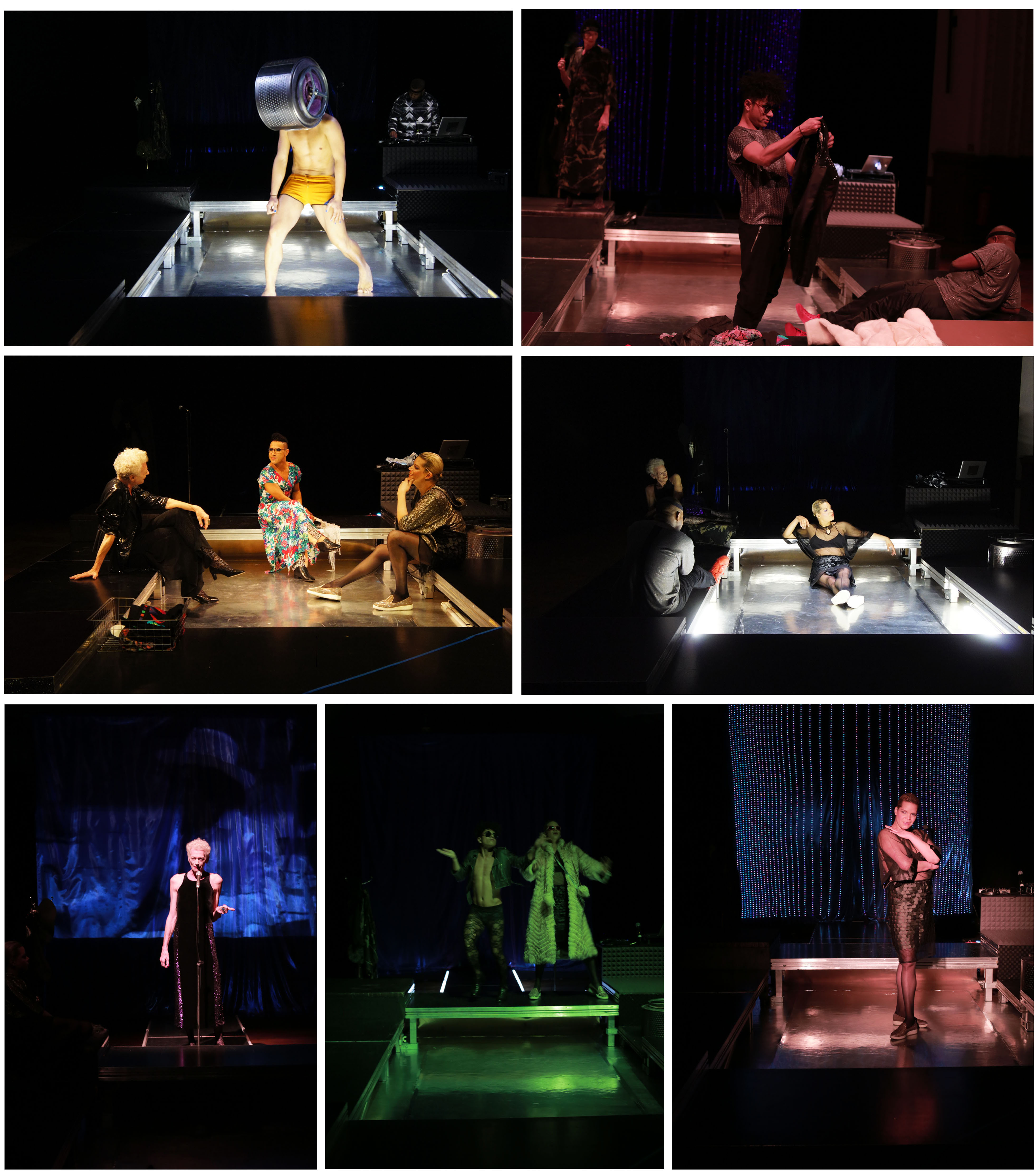 Gritty Glamour takes us into the Berlin night, to the backstage area of a club in Kreuzberg. During a solidarity event, four artists are getting ready for their stage performance: Maria Sumak, golden voice of electro and queen of the nightlife; Blue Collar, rapper/musician and poet; Molina Puig, dancer and it-girl; and Greta Dietrich, West Berlin’s grande dame of drag chanson. While one performer at a time is on stage, the performer’s constellations and relationships behind the stage change. While they wait, they act out stories from their lives and engage with their respective understanding of community, sex, love, diaspora, family and the relationship between their everyday and their stage persona.

All of the performers are artists and figures from Berlin’s nightlife. The play interrogates the visibility of queer post-migrant artists and the role racist attributions play in a dominantly white queer scene. The artists’ diverse artistic forms of expression and perspectives are celebrated in a night of performance, juxtaposed in dialogue with one another and fictionalised. Based on interviews, the experiences and stories each participant brings with them are brought to the stage, reflecting a part of the life of the protagonists in Berlin. A life in contradictory worlds, often very close to precarity, where the exploration of boundaries, of sexuality, is part of the norm and the individual self is in a constant process of negotiation. The performers slip into the roles of their counterparts, take on their identities – and in an equally interdisciplinary involvement with music, text, video and dance they also keep re-negotiating the form of what happens on stage.